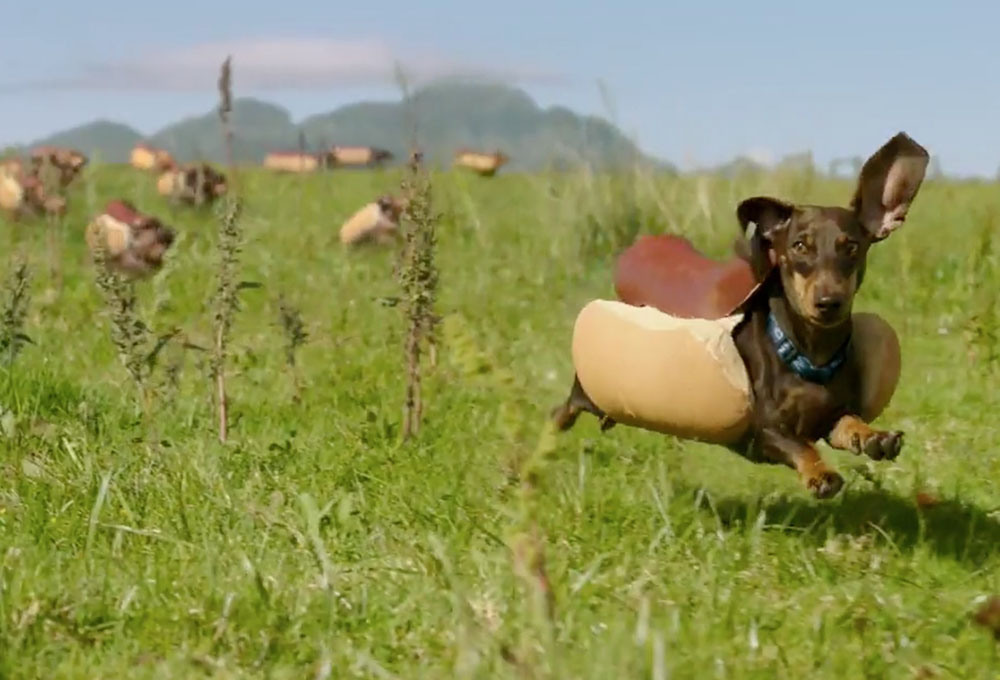 A week and a half have already passed since Super Bowl 50 aired on television. In other words, Super Bowl happened ages ago. However, the infamous ads are still freshly seared into our minds as if we just watched them yesterday. That’s the effect of great marketing; we remember them, as we should. Millions of dollars are spent to create these advertisements. It might be the only time of the year we stop and watch a full ad in a world filled with DVRs. I hope it’s not too late for a Super Bowl 50 ad round-up! Here are my five favorite Super Bowl 50 ads of 2016, either because they were terrific – or terrible.

Oh my goodness. If you missed this one, you missed a stampede of cuteness. Heinz had dozens of dachshunds dressed as hot dogs running through a green field to lick the faces of people dressed in Heinz condiment costumes. Genius and adorable. Favorite ad of Super Bowl 50! Oh, don’t forget the fantastic use of Harry Nilsson’s “Without You.”

Okay, whether you loved it or hated it, this was the strangest Super Bowl ad nonetheless. It was so strange that I couldn’t stop watching it, and it has ingrained into my brain. I’m not quite sure if I’d ever want to watch it again, but I’m posting it here for those who haven’t seen it. You have to watch it at least once. It’s freaking weird, right? Mountain Dew, whatever your ad objective was… I think it worked?

Toyota released two ads for their new Prius on Super Bowl Sunday. I’m not the biggest fan of the Prius, but I think Toyota did a great job with their bank robbery/chase commercials. The ads brought in actors Chris Bauer, Pablo Schreiber, and James Ransone to play robbers. They also play criminals in HBO’s ‘The Wire’! The robbers are on the run from the police in a Prius and successfully elude the cops. The cops turn a Prius into a squad car of their own and successfully take the robbers down. The conclusion of the ad? The new Prius is apparently a super sporty and furious car.

Ryan Reynolds, need I say more? Wait, actually, yes – a town filled with Ryan Reynolds! Hyundai advertised their new emergency braking system by having two ladies drive an Elantra through the majestical town filled with Ryan Reynolds. While they are oohing, ahhing and not paying attention to the road, the new Hyundai Elantra’s pedestrian detecting emergency braking system goes to work. This ad currently has over 11 million views on YouTube.

Hyundai, you did it again! This Hyundai Genesis ad features actor/comedian Kevin Hart, who plays a concerned father of a teenage daughter who is going on a first date. Comic Kevin Hart follows his daughter on her date using the Genesis’s highlighted “car finder” tracking feature. The ad plot doesn’t sound that funny, but you’ll change your mind once you watch the ad. I mean, it has Kevin Hart in it!

There are a lot more Super Bowl 50 ads that I thoroughly enjoyed, but these are the ones that stuck out to me. Good job marketing teams!